At IoT Analytics, we cover a wide variety of IoT segments and markets. We continuously add new focus topics as we perform further research and dive into other IoT segments. We publish a number of market reports, databases and other insights for each of our focus topics. 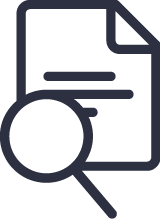 Our Areas Of Coverage

The Industrial IoT (IIoT) (related concept: Industry 4.0) is the industrial subset of the Internet of Things and refers to manufacturing, energy, oil and gas, and similar settings in which assets are connected to the internet.

IoT platforms are the central piece in the Internet of Things architecture that connects the real and the virtual worlds to enable communication between objects, manage the data flows, support application development and provide basic analytics for connected IoT devices.

IoT Connectivity technologies provide the network infrastructure and communication capabilities required by IoT devices to collect, transport, and exchange data over the internet and to be remotely monitored and controlled.

We regard connected devices that are NOT computers, tablets, or smartphones as “IoT devices”.

We look at IoT devices from a holistic perspective, covering:

How We Define IoT

For us, the Internet of Things is as a network of internet-enabled physical objects.

Objects that become internet-enabled (IoT devices) typically interact via embedded systems, some form of network communications, as well as a combination of edge and cloud computing.

The data from IoT connected devices is often (but not exclusively) used to create novel end-user applications.

Connected personal computers, tablets, and smartphones are NOT considered IoT, although these may be part of the solution setup. Devices connected via extremely simple connectivity methods such as RFID or QR-codes are not considered IoT devices either.

Sign up for our newsletter and never miss another update again.