The journey to becoming a Smart City

Do you remember what it was like to wait and not know when the bus or train would arrive as it was seemingly running late?

Millions of people had these worries every day on their way to/from work or elsewhere – this was before the arrival of IoT, less than 20 years ago.

Things are different today and, in many places, these worries are a thing of the past. In fact, “Connected Public Transport” is the #1 leading Smart City Use Case in 2020, as the majority of Smart Cities around the world have adopted smart systems that provide their citizens with technology so they can commute easier, faster, and more reliably with public transport.

This is according to the recently published Smart City Use Cases & Technology Adoption Report 2020 in which IoT Analytics surveyed key decision-makers from 50 cities around the globe on the details of their Smart City initiatives. (for a list of the cities surveyed see here).

The study shows that cities around the world are looking to Smart City technology to help address problems that are and will continue to impede the quality of life of its citizens. These include increasing operational efficiency and improving decision making in the short term while addressing long term challenges of sustainability and pollution in ever-growing cities.

Example: Skånetrafiken, the public transport provider in the city of Malmö, Sweden partnered with Telia and Swarco to install a connected public bus system. The system gathers real-time information about the whereabouts of individual buses. Not only does the system inform passengers about the best routes to their destination but it also connects the buses with traffic lights and each other. This allows for smart management and control of the public transport system.

72% of cities have deployed a traffic monitoring and management solution. Traffic monitoring and management helps monitor and manage traffic flows efficiently. This is of increasing importance as the growing urban population will lead to more and more cars on already congested roads at the same time. According to the United Nations, the share of people living in urban areas will grow from 55% in 2018 to 68% in 2050.

Example: The city of Copenhagen, Denmark rolled out 380 intelligent traffic lights that not only prioritize bikes and buses but also help clear congested streets after selected events such as soccer games have taken place. The green light phase of a traffic light can be extended by up to 30 seconds according to the situation. After the city first tested 10 of these new smart traffic lights in one part of the city it realized how impactful this new system is and decided to roll it out extensively throughout the city.

72% of smart cities have deployed smart water level or flood monitoring. The solutions monitor the level of water in public water basins such as rivers, channels, or even lakes and seas. In densely built-up areas such as cities, this can be crucial. But even in rural areas deploying this Smart City Use Case can be vital.

Example: In 2017, 75% of the population of La Emilia (Buenos Aires, Argentina) was forced to evacuate after the local river destroyed the dam and the dikes. As a result, the government implemented a system (based on the Libelium wireless sensor platform) that offers real-time information about the condition of the river. The collection of long-term statistics also help to mitigate future risks.

72% of smart cities have deployed some form of video surveillance & analytics solution. They use CCT cameras and analytics to detect specific situations, e.g. accidents, crimes, potential threats, or recognize specific features (face recognition, demographics, etc.). This Smart City use case is particularly beneficial in highly crowded urban areas where humans cannot observe all the information at once and in time.

Example: The city of Cape Town in South Africa introduced a License Plate Recognition solution that helped to make the main street leading to one of the wealthiest suburbs of the city much safer. 42 day/night cameras were installed so that the identity of up to 300,000 cars an hour can be monitored. City officials reported a 65% drop in crime following the introduction of the system.

68% of smart cities use connected streetlights in everyday operations. The monitoring and management of streetlights’ health status and energy consumption can help cities decrease costs and become more sustainable.

Example: The city of Chicago initiated the Chicago Smart Lighting Project in 2017. It is expected that streetlights will consume up to 75% less electricity when all estimated 270,000 light fixtures are replaced in 2021.

Are you interested in learning more about the adoption of Smart City uses cases and technologies?

The Smart City Use Cases & Technology Adoption Report 2020 analyses not only the adoption of Smart City use cases and (connectivity) technologies but shows barriers, challenges, and success factors from a survey of 50 city decision-makers from some of the world’s leading Smart City initiatives (e.g., London, Barcelona, Dubai, Beijing, Berlin, and many others).

The 134-page report part of IoT Analytics’ ongoing coverage of Smart City and Connectivity and includes many additional insights not discussed in this article, including an analysis of the 7 patterns of successful Smart City initiatives (vs. less successful ones), more details on how cities manage the process and how the initiatives are financed.

In Q4 2020, IoT Analytics will publish a comprehensive Smart City Market Report 2020-2025 which, among other things, will take a deep-dive at the market as well as the competitive landscape for many of these use cases and Smart City as a whole.

This report provides answers to the following questions (among others):

The Smart City Use Cases & Technology Report 2020 is part of IoT Analytics’ ongoing coverage of Smart City and Connectivity (see Smart City Research Workstream). The information presented in this report is based on an extensive survey with leading city managers and experts conducted in February and March 2020. The purpose is to inform other market participants about the current state of technology adoption with cities across the world, their needs, challenges, and many other aspects of Smart City initiatives. Survey participants were randomly selected, and their knowledge was independently verified. In order to ensure complete objectivity, IoT Analytics did not alter or supplement any survey results and also did NOT accept any participation from participants that were suggested from third parties (e.g., customers from specific vendors). 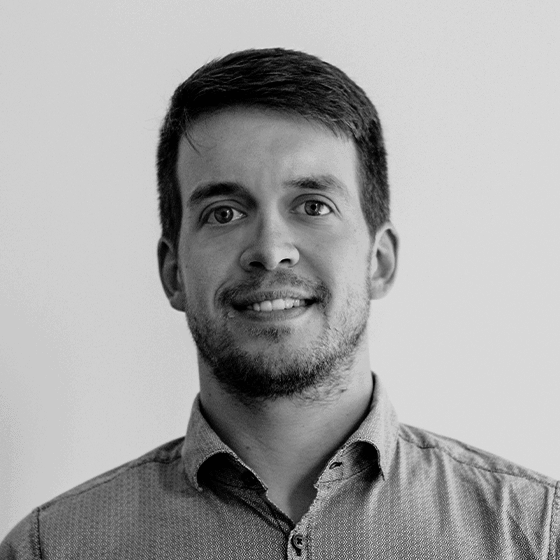 Philipp is a senior analyst focusing on quantitative analysis, surveys and market models. He has a background in Economics and market research.
← Previous Post Next Post →